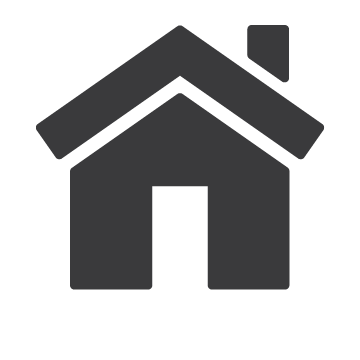 Some people believe there are only six or seven or twelve stories from which all human folklore is derived: girl loves boy, boy fights boy, etc. To these people, the rest is all style and dressing. As consumers of these stories, however, we know that this dressing is where we make all the important meaning. Romeo and Juliet isn’t the same story as The Truth About Cats and Dogs or even than the modern re-telling Romeo+Juliet. Context matters. In this program, we’ll take stories we already know, work to understand them more deeply, and then adapt them, making changes to some of the “style and dressing” to transform the original story into something with a completely different meaning, style, and emphasis.

Check out our Adaptations projects here:

What is an adaptation?

Sleeping Beauty—from the perspective of Maleficent, the evil fairy

The making of Malificient from Sleeping Beauty

Why do people make adaptations?

What is the power
of an adaptation?

What is this actually about?

How can I translate or subvert this?

What if it were in a different time?

My ankles bring all the aristocratic gentlemen to the courtyard.

What if it were in reality?

My tank top doesn't bring anyone anywhere. It's just a shirt.

How does the meaning change when Trump says it?

How does the meaning change when it's applied literally?

Adapting your own memes...

Phrases to think with

On fleek • Triggered • They may take our lives but they'll never take our freedom! • You complete me • That'll do, pig. That'll do • ____, I am your father • When they go low, we go high • Think different • Because you're worth it • Just do it • I wish I knew how to quit you • All men are created equal • Boi • Just keep swimming

"When Donald Trump is saying he's trying to protect the US."

"When your crush texts you back"

"When you know the date and time when you're going to build the wall!"

"Welcome to your tape."

"When you leave your homework to the last minute"

"When someone eats your food"

Today we're doing 5 minute riffs to come up with adaptations of stories.

My Version: Sleeping Horror
Baby girl cursed by marketing men in a boardroom by beauty standards that make her buy stuff.

She's in a dieting, fashionista renzy until awoken by a friendship...

The boy who cried wolf

My Version: The Doctor
He diagnoses...
without a diagnosis.

Female antelope falls in love with female lion. Dresses up as king of jungle to be with her love. Female lions fall in love with the new man on the block. Maybe it's because she smells so good...

An older brother's quest to save his sister....

If you're stuck thinking of stories to adapt, or ways to adapt your stories, take a look at this document to help you brainstorm.

either an idea you have or the place you're stuck

Write your stories in google docs at bit.ly/adaptation-resources

If you get stuck thinking of project ideas, check out this document to help you brainstorm.

Your first draft storyboards as well as any materials request forms are due today!